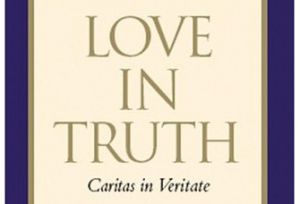 Pope Benedict’s encyclical, Caritas in Veritate (Love in Truth) is an anniversary document marking the 40th anniversary of Populorum Progressio issued by Pope Paul VI in 1967. Benedict notes, “In a special way, it is linked to what Paul VI wrote now more than 40 years ago in Populorum Progressio, the cornerstone of the Church’s social teaching, in which the great Pontiff outlined certain decisive and ever relevant ideas for the integral development of humanity and of the modern world.

Planning Worksheet for Integrating Catholic Social Teaching across the Curr...
Scroll to top