In Memory of John Bucki, S.J.

You are here: Home / In Memory of John Bucki, S.J.

In Memory of John Bucki, S.J.

John Bucki, S.J. was a native of Buffalo, NY, born January 12, 1950. He graduated from Fordham University and the Jesuit School of Theology in Berkeley, CA. In 1979, he was ordained as a priest in the Society of Jesus (Jesuits).

Father Bucki’s early ministries with the Jesuits were in the field of education, teaching mathematics in New York City at Regis High School and Xavier High School then in Rochester at McQuaid High School. In the 1980s, he worked overseas in Nigeria and the Philippines. After returning to the United States, he worked at St. Francis Xavier Parish in Manhattan where he served as associate pastor for 12 years and established a soup kitchen and food pantry that continues to serve thousands of needy individuals in New York City.

In 2001, Father Bucki spent time at Center of Concern in Washington, DC, advocating for social justice. It was during his time at the Center that he began writing weekly lectionary reflections for Education for Justice. He strongly believed that social justice began with an individual’s action—however small—to help those in need, whether it was the refugee, the homeless, the hungry, or the disenfranchised. From 2001 to 2013, Father Bucki worked at Canisius College as the head of campus ministry where he led students to encounter the local and global community through service trips along the East Coast and abroad.

Father Bucki moved to LeMoyne College in Syracuse, NY, in 2012 where he continued work in campus ministry and served as rector of the Jesuit Community. There he continued to inspire students with his exuberance, enthusiasm, and commitment to social justice and peace.

Father Bucki died September 2, 2017, after a long and courageous battle with cancer. He will always be remembered for his belief in the power of the individual to change the world for better with a spirit of hope and joy.

Return to Prayer and Liturgy Hub 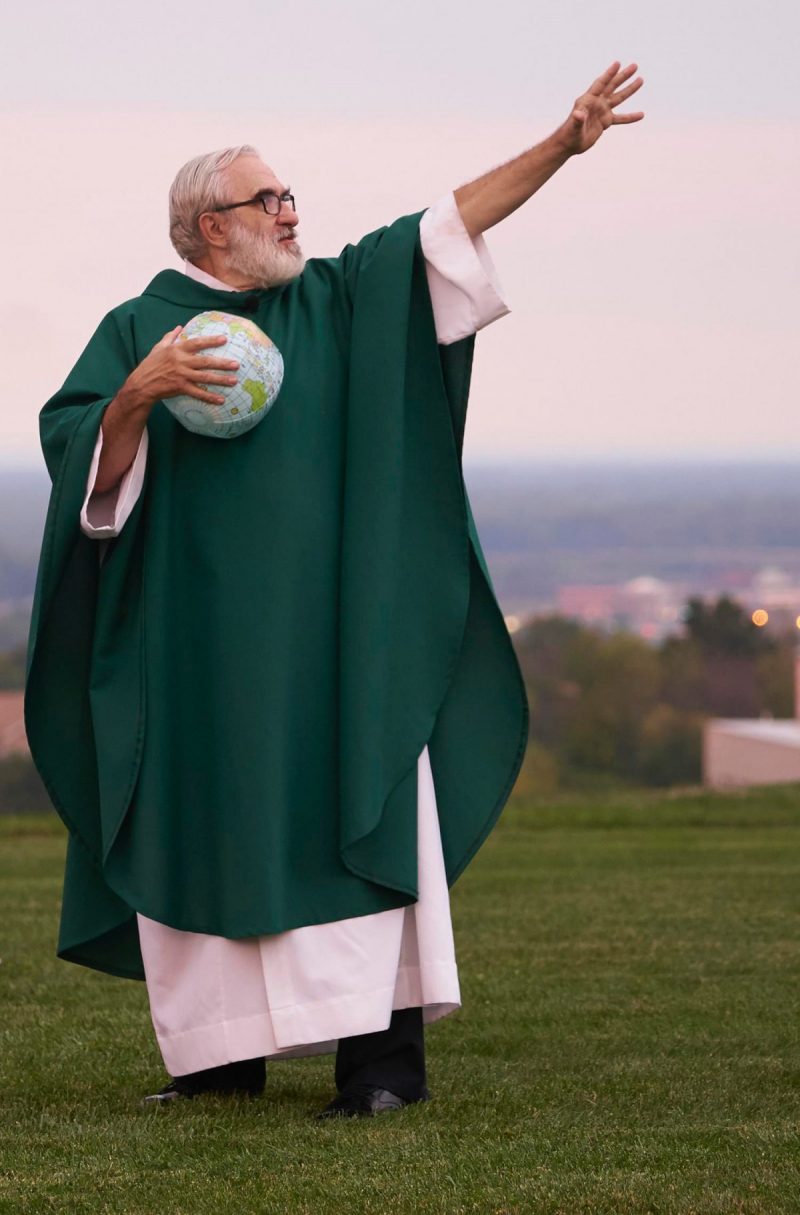